Create an Account - Increase your productivity, customize your experience, and engage in information you care about.

NOTICE IS HEREBY GIVEN TO ALL INTERESTED PERSONS THAT:

The City of Aransas Pass, Texas proposes to institute annexation proceedings to enlarge and extend the boundary limits of said city to include the following described territory, to wit:

An area that consists of up 1,874.42 acres of property located north of the City of Aransas Pass and depicted in attached Exhibit A. More specific information regarding each proposed annexed tract's legal description is available at City Hall, 600 W. Cleveland, Aransas Pass, Texas and on the City's website at www.aransaspasstx.gov

Two public hearings will be held by and before the City Council of the City of Aransas Pass, Texas on April 30, 2019 and May 1, 2019 at 5:30 p.m., Aransas Pass City Hall - Council Chamber, 600 West Cleveland Blvd, Aransas Pass, Texas, for all persons interested in the above proposed annexation. At said time and place all such persons shall have the right to appear and be heard.

By order of the Aransas Pass City Council, Texas this the 30th day of March, 2019. 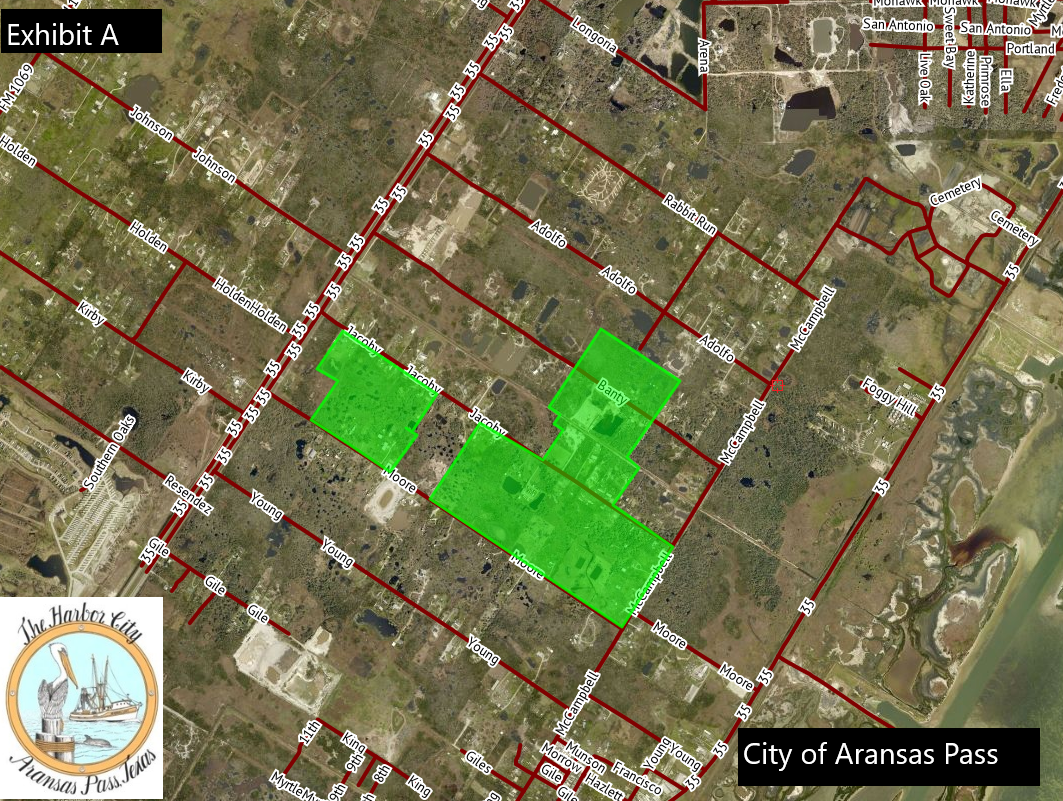